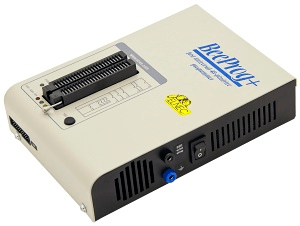 Devices supported by device programmers can be one of many types. These include:

Some device programmers conform with the American requirements of the Federal Communication Commission (FCC) and with the European CE Marking system, which is helpful for exports to the countries of the European Economic Area (EEA). Operating humidity and operating temperature are important environmental operating conditions to consider.