Oil in water monitors are used to detect the presence of hydrocarbons in water.

The meaning of the phrase "oil in water" is highly contextual with reference to both oil and water. Within the oil and gas industry, produced water—that which is brought to the surface of a well mixed with residual oil and gas—is the type frequently tested and monitored. Additionally, the term "oil" may also refer to different substances divided by oil type or hydrocarbon type.

There are two broad types of oil:

Hydrocarbons, or compounds which contain only carbon and hydrogen, make up a large portion of petroleum compounds. The group itself can be further divided into several different compound types.

Environmental regulations specify composition limits for effluent water; for this reason, accurate monitoring of effluent water in wastewater, oil and gas, and manufacturing industries is a requirement. In addition to environmental concerns, high oil content in process water is often a telltale indicator of equipment failure (particularly in the case of a leaking heat exchanger), or that the wastewater under measurement is unfit for reuse.

In general, oil in water monitors are useful in any application which requires oil monitoring within a treated or untreated water system, including wastewater, groundwater, produced water, process water, and natural run-off.

The detection of oil in water is method-dependent, meaning that there must be some standardization of test methods used to establish baseline measurements for which to compare data from disparate sources and formulate discharge limits and other legislation. By rule, reference methods are more time-consuming and involved than field methods, but are absolutely essential for the accuracy of subsequent monitoring. Three types of reference methods and nine types of field measurements are discussed below.

All processes are described in greater detail, with formulas and standard recommendations, in the Measurement of Oil in Produced Water text listed in the Resources section below.

This method begins by extracting an oily water sample using a solvent. The sample is then purified, dried, and placed into an infrared instrument, which transmits infrared radiation through the sample. By comparing the absorbance and transmittance of this radiation to known standards, the oil content can be determined.

Like other spectroscopic methods of water quality testing, infrared absorption is heavily reliant on the Beer-Lambert Law, described in detail here.

Infrared absorption may involve the transmission of one or three separate wavelengths. ASTM D 7066, the most common active single-wavelength standard, specifies emission at 2930 cm-1, and that the sample be extracted using S-316 solvent. The standard also recommends that instruments be calibrated using n-hexadecane with isooctane or the oil within the test sample.

While single-wavelength testing is capable of measuring only the total hydrocarbons within a sample, the three-wavelength method allows the calculation of aromatic and aliphatic compounds. It typically involves emission at 3030, 2960, and 2930 cm-1 (the vibrating wavelengths of C-H [aromatic], CH-H [methylene], and CH2-H [methyl] respectively). 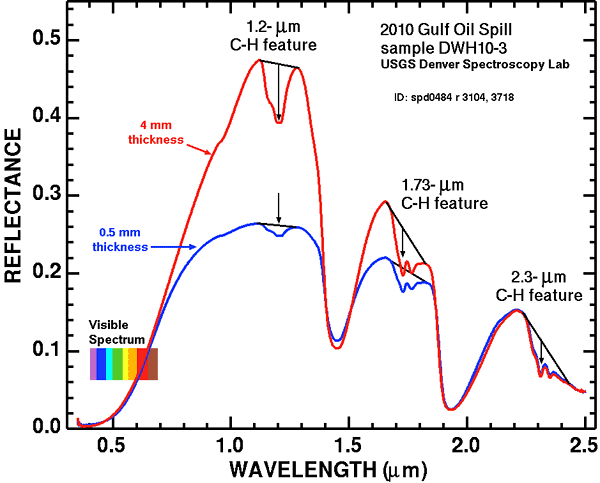 Despite the fact that both infrared methods are well-established and fairly simple to employ using portable instruments, their lack of compositional detail and frequent use of ozone-depleting Freon solvents in unregulated testing has rendered them less-used.

Gravimetric methods rely on the weight difference between oils, water, and solvents. A sample is first removed using a solvent, and the solvent/oil mixture is separated from the water. The solvent is then evaporated, leaving only the residual oil, which is dried and weighed. While older standard methods recommended the use of Freon solvents, current standards, including EPA Method 1664 A, specify n-hexane solvents.

While gravimetric methods are simple and inexpensive to perform, they lack compositional analysis and can fall victim to volatile compound loss through evaporation.

GC-FID involves sophisticated gas chromatography (GC) instrumentation. In a GC-FID process, the sample is extracted by a solvent as in the two other methods. The sample is dried and purified before injection into a GC instrument. A carrier gas is used to move the sample through a column, while different hydrocarbons leave the column at different times, at which point they are measured and burned off by a flame ionization detector (FID). The most prominent GC-FID standard method is described in ISO 9377.

GC-FID methods are fast becoming the preferred reference method due to their lack of CFC solvents and volatile emission, as well as their detailed compositional analysis. Their drawback, however, is that their sophisticated instrumentation is expensive and typically requires skilled operators.

While reference methods are effective (and essential) for continuous monitoring, comparing results, and developing legislation and guidelines, they may be too involved or complicated for processes such as process optimization, which requires repeated, quick results. For this reason, inexpensive benchtop or online devices are available for taking field measurements.

Benchtop units may be correlated to a specific reference method and typically use one of the following processes for measurement. 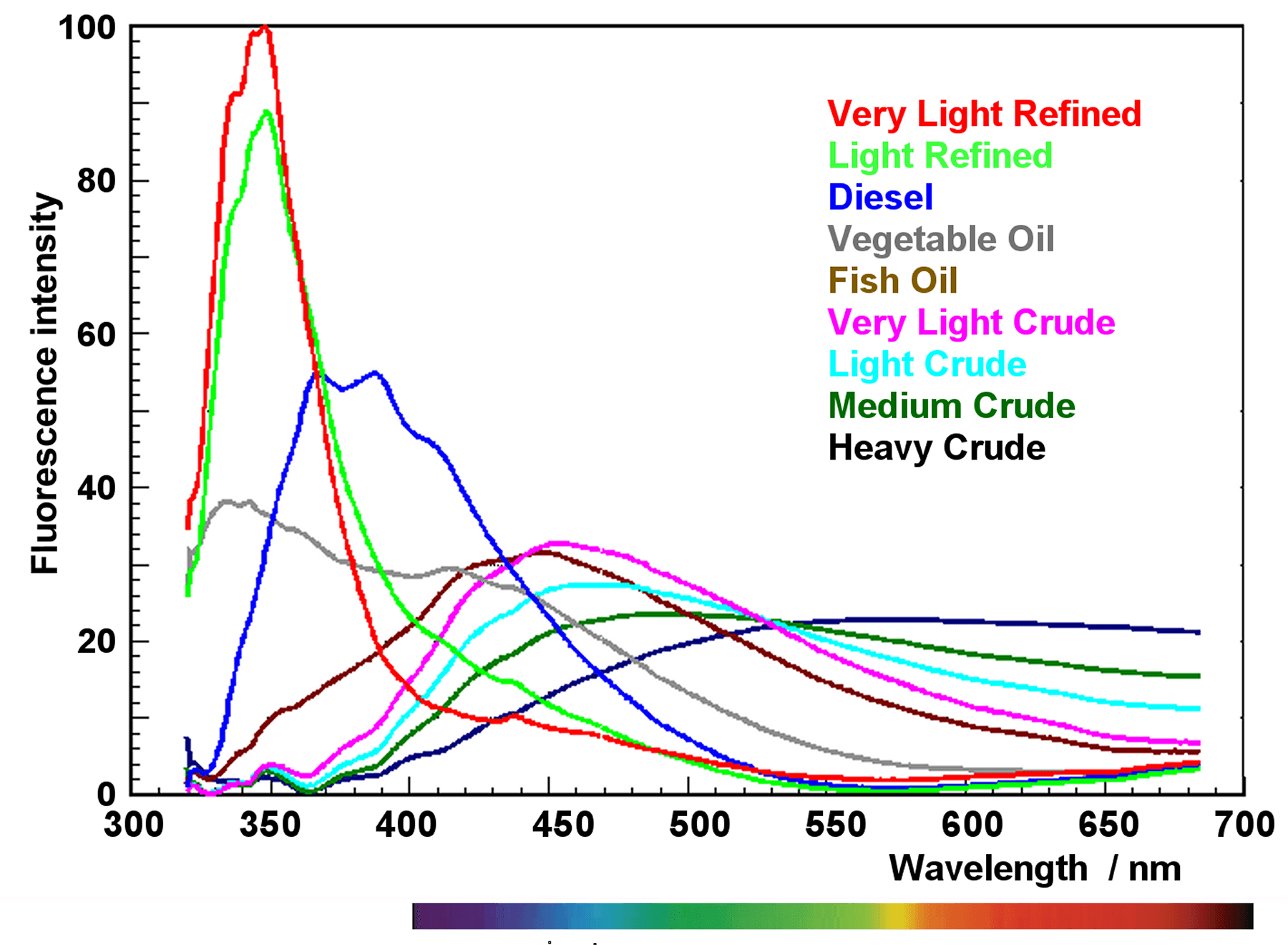 Hydrocarbon fluorescence. Ultraviolet testing is dependent on the spike seen between 300 and 400 nm (part of the UV spectrum).

Online instruments are used to continuously test a process stream and may use one of the methods described below.

The selection of one of the methods listed above is highly dependent on the type of measurements to be performed. For example:

Additional standards related to oil in water monitors are listed below.