Chromatic aberration is a type of optical distortion which occurs when a lens fails to focus all colors to the same convergence point. This distortion is often recognizable as "color fringing," in which the image blurs at high contrast edges (or dark-light borders) of the image. The image below shows simulated effects similar to those caused by severe chromatic aberration. The blurring and yellow tint of the dark sections on white background are classic examples of color fringing.

Axial, or longitudinal, aberration occurs when different wavelengths are focused at different points on the optical axis (focus shift). It occurs throughout the image.

Transverse, or lateral, aberration is caused when different wavelengths are focused at different points on the focal plane. Transverse aberration does not occur in the image center and increases in intensity as toward the edges of the image.

Achromats use at least two individual lenses to correct chromatic aberration. Lens assemblies consisting of two lenses are known achromatic doublets, while those using three lenses are known as triplets. Doublets consist of a concave lens with high dispersion attached to a convex lens with a lower dispersion. In positive doublets, the most common type, the optical power of the convex lens is greater than that of the concave one; the two together form a weak positive lens that brings two different wavelengths of light into common focus.

Achromatic triplets, also known as apochromatic lenses, use three lenses to correct aberration even further. Whereas doublets are able to focus two distinct wavelengths, apochromats can focus three wavelengths to achieve greater image clarity. Apochromats are typically more expensive than doublets due to their use of low dispersion lenses constructed of fluorite, flint glass, and optically transparent fluids. The image below shows apochromat operation. 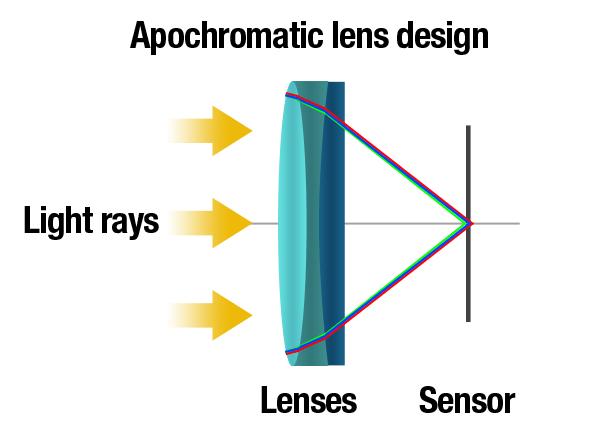 Achromats can be designed and manufactured to operate within one or several wavelength ranges. Buyers of achromats should determine the wavelength range based on the lens's intended application. The three common wavelength regions are: 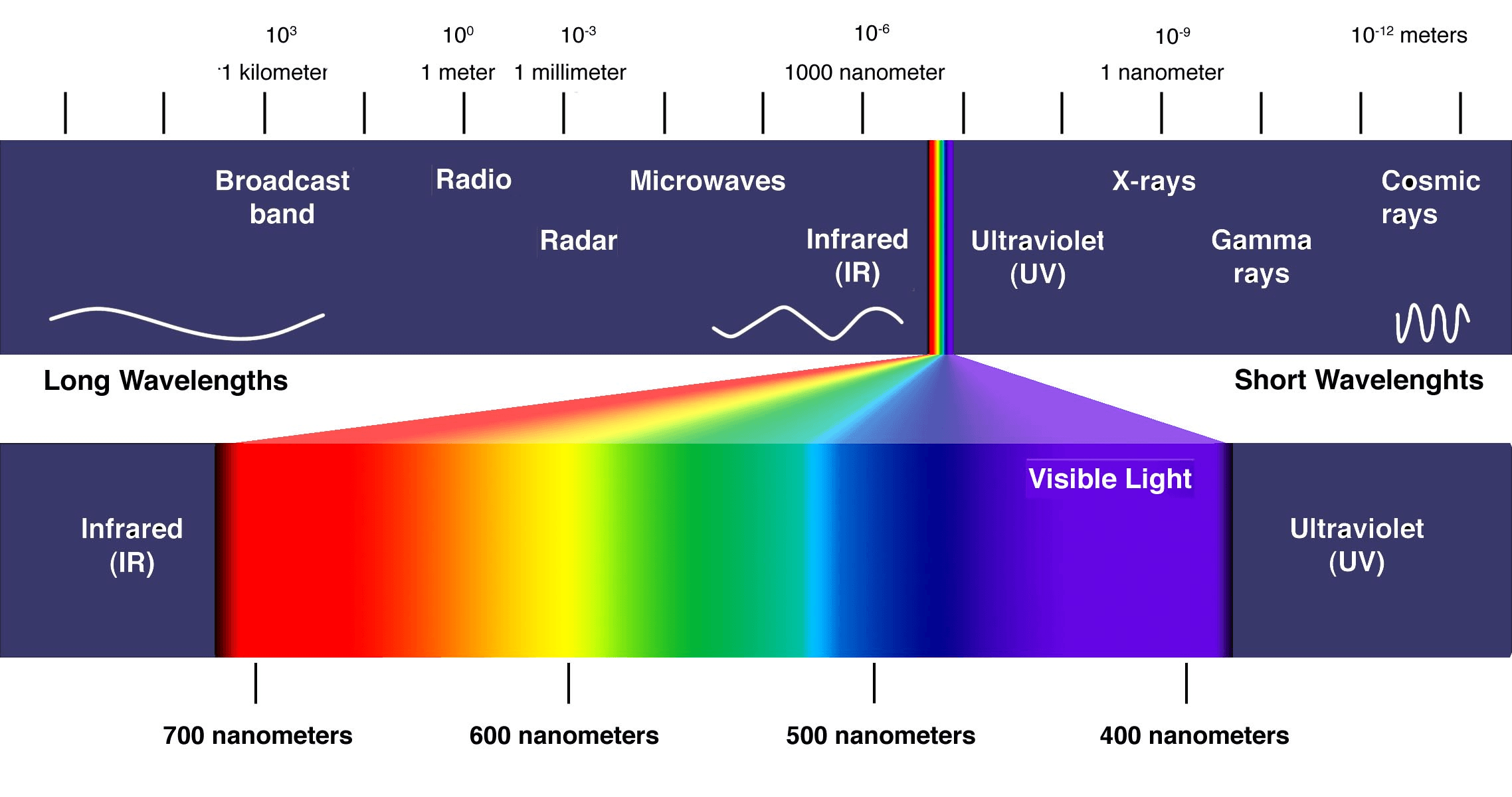 Surface quality is an important specification to consider when selecting achromats. The optics industry rates products based on the MIL-0-131830A standard first published in 1963. The standard specifies two different types of surface defects:

Surface quality ratings consist of two numbers separated by a hyphen, as in x-y. The x in this formula refers to the maximum allowable width of a scratch — expressed in tenths of a micron — while the y refers to the maximum width of a dig, expressed in hundredths of a millimeter. For example, a 20-10 scratch/dig rating specifies that any scratches have a maximum width of .002 millimeters (2 microns), while any digs must not exceed .10 mm in width. For both scratch and dig specifications, smaller numbers are desirable.

Manufacturers often specify optical surface flatness using a "peak to valley" (P-V) measurement. This value is the difference between the relative highest and lowest points of the optical surface. P-V is expressed as a ratio of a set wavelength, as shown in the table below. When expressed as a fraction, a higher denominator indicates better quality.

Optical Technologies - What is an optic surface figure?