power source and a powered device. They allow passage of electrical current when the voltage is within an allowable range; if the voltage spikes above the prescribed level, the suppressor routes the extra voltage to ground, preventing damage to the connected device.

The simple diagram below describes a surge suppressor's basic operation. This particular suppressor uses metal oxide varistor (MOV) technology which is described in detail below. When normal electrical current flows through the circuit, choke coils or capacitors connected to the gray hot wire move current through the device. In the case of a voltage spike or surge, one of various technologies (in this case the red MOVs) safely conducts the extra voltage into the green ground wire, preventing it from entering and possibly damaging the power outlet and attached connector.

Transients are defined as any short-lived bursts of electrical energy in an electrical circuit. Surge protection devices are generally able to handle both voltage spikes and surges. 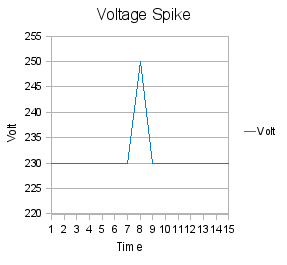 Spikes may be caused by:

Surges are voltage increases that last more than a few seconds, and are typically caused by electric power distribution system malfunctions.

Despite the fact that these two phenomena are referred to as voltage spikes and surges, they are properly energy spikes which are measured in joules (a unit involving voltage, current, and time) rather than voltage.

Selection tip: Surge suppressors rated to 200-1050 J meet the needs of most consumer applications. Products rated to 2000+ J are best suited for large appliances or light industrial use.

Surge suppressors may incorporate one of several different technology types to operate effectively. The table below summarizes basic information about each technology type.

Metal oxide varistors (MOV) are variable resistance devices situated between a surge suppressor's ground wire and hot wire. When normal voltage is applied, MOVs exhibit very high resistance, allowing the current to continue through the hot wire. When a voltage spike occurs, the MOV's resistance drops, allowing the extra current to flow through the varistors and safely into the ground wire. Metal oxide varistors are able to conduct both polarities of a typical AC power cycle.

This video explains the basic principles behind an MOV surge suppressor.

Avalanche diodes are similar to MOVs in that they are designed to conduct current at high voltages and resist it at normal voltage. When an avalanche diode reaches its predetermined breakdown voltage, it goes through avalanche breakdown. This process involves a single free electron moving rapidly and knocking other electrons free, allowing the diode to conduct an abnormally large amount of current.

The graph below shows a voltage/current relationship common to Zener and avalanche diodes. Note that, at breakdown voltage VZ, the diode begins to conduct exponentially more current as the voltage continues to increase.

Thyristor diodes are semiconductor devices used to switch large amounts of voltage or power. Their ability to safely conduct repetitive high voltages has resulted in heavy use in the telecommunications industry.

Gas tubes, also known as discharge tubes, consist of two separated electrodes immersed in helium, argon, neon, krypton, or other noble gases. When a high voltage is applied to the tube, the current simply arcs between the electrodes and through the gas, effectively clamping the voltage. Gas tubes can handle much higher surges and spikes compared to MOVs and diodes, but are also much slower. 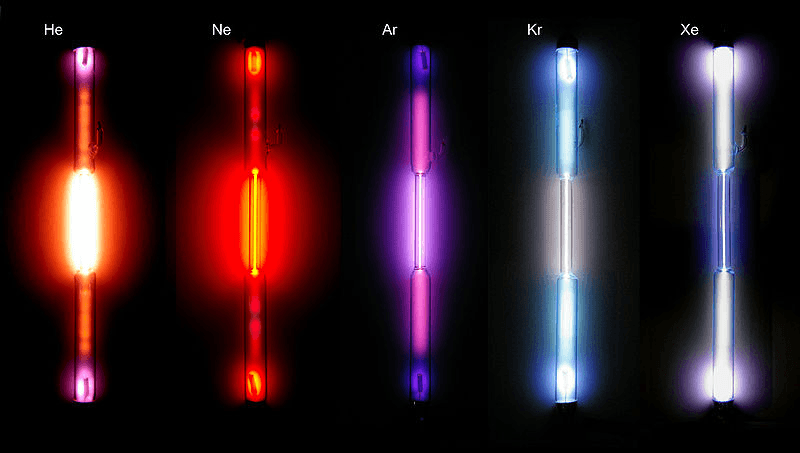 Surge suppressors are manufactured using a variety of different form factors and configurations. Common examples include:

The American National Standards Institute (ANSI) is a private non-profit standards developer based in the United States. ANSI also interfaces with international standards bodies to ensure that U.S.-made products can safely be used in other parts of the world. ANSI developed the important National Electrical Code (NFPA 70), which is especially important for electrical safety products.

The Restriction of Hazardous Substances directive (RoHS) is a European Union order which restricts the use of six hazardous materials in the manufacture of electrical devices. Although they are often simply referred to as "lead-free", RoHS products also contain less than 0.1% of:

The RoHS directive protects the health of electronics industry workers and those in close proximity to areas where high-tech waste is stored. While RoHS compliant products do not carry a standard mark or seal, the image below presents a typical example.

The Waste Electrical and Electronic Equipment directive (WEEE) became European Law in 2003, at the same time as the RoHS directive. WEEE legislation sets collection, recycling, and recovery targets of electrical products, with minimum amounts for recycling recovery. WEEE compliant manufacturers and distributors must provide users with the possibility of recycling household electronic equipment free of charge. 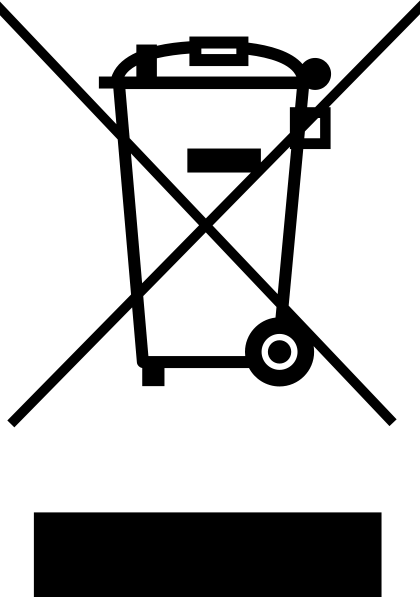 A Conformité Européenne (CE) mark ensures that a product complies with European Union (EU) legislation and may be placed on the European market. A CE mark is not legally required to certify a product's quality, but it often ensures quality in specialty applications such as medical use.