Three phase power systems are polyphase systems that use at least three "hot" conductors to deliver three different independent AC currents. Taking one current as a reference, the other two currents vary by one third and two thirds of a cycle, respectively; the currents may also be referred to as being separated by 120°. The diagram below shows a typical three phase AC signal. 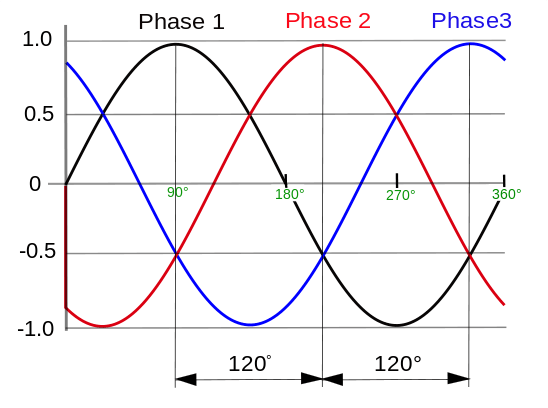 Referring to the second of the above three points, three phase systems without a neutral conductor are known as "3-wire" systems, while those that include a neutral wire are known as "4-wire." The fourth neutral wire is often added when manufacturers believe that a risk of an unbalanced load exists.

The image below shows a typical three phase circuit with 120° separation. 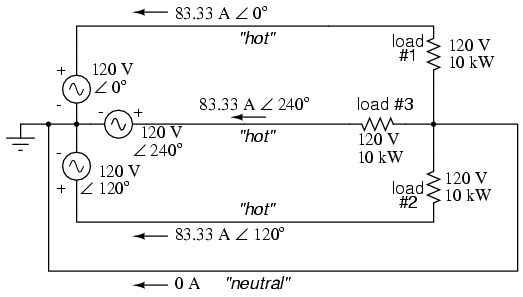 Image credit: All About Circuits

In North America, three phase power is not typically used for residential applications except to power clothes dryers or electric ovens. Instead, it is typically used to power large motors and other heavy industrial equipment that requires large amounts of power. Surge suppressors may be manufactured as a number of different form factors or mounting types.