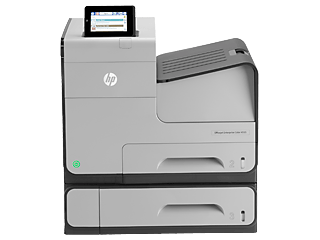 Printers use printing techniques similar to those found in consumer devices. Two of the most common methods are laser and inkjet printing.

Laser printers produce images by passing a laser over a differentially charged drum. The drum selectively collects toner and deposits it onto paper, which is then heated to permanently secure the image. Laser printing is much faster than inkjet printing but is typically limited to lower resolutions, resulting in relatively poor image quality.

Inkjet printers propel ink droplets onto a substrate; they may use one of a variety of methods, including continuous injket and drop-on-demand (DOD) printing. Inkjet printing is capable of finer image quality when compared to laser printing, albeit at slightly lower speeds.

Other common industrial printing techniques are listed below.

Thermal transfer printers use heat and pressure to transfer resin-based ink from tiny ribbons directly onto the paper.

Liquid crystal display (LCD) and light emitting diode (LED) devices are similar to laser printers, but use LCDs or LEDs to produce an image on the drum.

Line printers use the same technology as dot matrix devices, but are much faster for greater workloads.

Plotters are typically wide printers designed to reproduce architectural drawings, maps, graphs, and diagrams on large sheets of paper. Plotters can be classified into the following types. Pen plotters (shown at right) use a vertical pen or pencil to draw images. The pen or pencil may move over a static sheet of paper, or the plotter may move the paper beneath a static pen or pencil. Pen plotters are slow and produce low-quality images but are the most commonly used type due to their low cost of ownership.

Inkjet plotters spray drops of ink onto paper in a manner similar to inkjet printers. They are capable of precise, clean images, are much faster than pen plotters, and are relatively expensive to maintain.

Electrostatic plotters mark paper with electrostatic charges and run it through a developing system to create an image. They produce high-quality images and are typically used by graphic and commercial artists.

Thermal printers, which use heat-sensitive paper and heated pins, are specialty devices used by cartographers and for applications requiring high-volume, two-color printing.

While plotters were once common components in computer-aided design (CAD) systems, they have largely been supplanted by widebody inkjet printers. While pen plotters are more adept than printers at drawing complex line-based images, they do so very slowly and inefficiently. Additionally, the decreasing cost of computer memory components has eliminated the need for high-quality hard copies of designs and prints. Plotters are now used for niche applications such as graphic arts and tactile printing for the visually impaired.

Plotters historically used some form of printer control language which was sometimes based on ASCII, FORTRAN, or BASIC. These languages were cumbersome to use and involved commands such as "take Pen 1," "place pen on paper," and "move 500 units on Y-axis." The video below shows a pen plotter drawing a steam locomotive and highlights several plotter disadvantages, including slow speed, inefficient printing, and incapacity for shading or hatching.

A major difference between plotters and printers is graphics type: pen plotters are vector graphics devices, while the vast majority of printers use raster graphics.

Vector graphics use points, lines, curves, and shapes to create an image. Because all these components have a mathematical basis, vector images are more crisp and precise when compared to raster types. Because all modern digital displays use raster graphics, displaying vector images requires some degree of conversion for compatibility.

Raster (or bitmap) graphics use a dot matrix (pixel) grid to create images. They differ from vector graphics in that they are resolution dependent, meaning that scaling up to different resolutions results in a loss of quality, as shown in the images below. The vast majority of digital images are stored in raster graphics format, which may include GIF, JPEG, and PNG.

Vector vs. raster graphics. Note that the vector image experiences no loss of quality when resolution is scaled.

Computer printers and plotters may be designed, used, and tested according to published standards. Example standards include: