Inertial navigation systems (INS) use a combination of accelerometers and angular rate sensors (gyroscopes) to detect altitude, location, and motion. They may also be capable of detecting attitude, position, velocity, temperature, or magnetic fields.

Inertial navigation relies on knowing the initial position, velocity, and attitude in order to measure attitude rates and acceleration. The operation of inertial navigation systems depends upon Newton's laws of classical mechanics. It is the only form of navigation that does not rely on external references.

In order to navigate with respect to the inertial reference frame, it is necessary to keep track of the direction in which the accelerometers are pointing. INS keeps track of all movements in all directions by using three accelerometers, one north-south, one east-west, and one up-down, all mounted on a stable platform. A magnetic field is produced by electricity between the two parts and any change in movement by the free part will disturb the magnetic field.

INS systems are autonomous and do not rely on external aids or visibility conditions. This means they can operate in tunnels or underwater as well as in stealth applications since there is no external antenna that may be detectable by radar. They are well-suited for integrated navigation, guidance, and control of the host vehicle. A system's IMU measures variables such as position, velocity, and altitude. 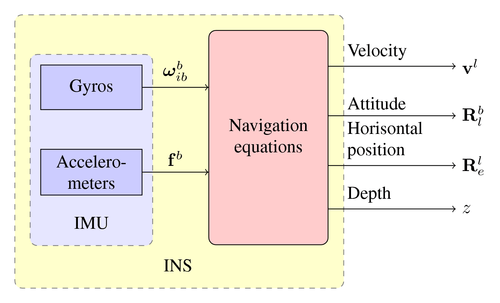 One disadvantage of INS systems is the cost, including the acquisition cost, operations cost, and maintenance cost. Other disadvantages include increasing navigation errors over time and heat dissipation. Size, weight, and power requirements are still higher than those for GPS receivers but are shrinking with time and technological improvement.

Inertial navigation systems generally fall into two different designs. The first design is gimbaled or stabilized in which the inertial sensors are mounted on a stable platform and mechanically isolated from the rotational motion of the vehicle. They are typically used in systems that require very precise navigation data, such as ships and submarines.

The second design is called a strapdown as the sensors are attached rigidly, or "strapped down", to the body of the host vehicle. The advantages of this approach are lower cost, reduced size, and greater reliability, but the disadvantage is an increase in computing complexity.

Inertial navigation systems differ in terms of types of gyros and measurement methods.

Gyroscopes are sensors for measuring rotation. Optical, spinning-mass, or vibrating gyros are used to sense the angular or rotary rate. 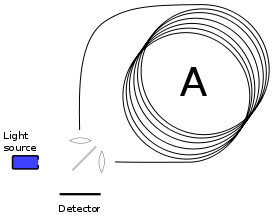 There are many ways to measure linear acceleration, but most inertial navigation systems measure the displacement of a proof mass.

Parameters for inertial navigation systems include outputs and features.

Inertial navigation systems that are RoHS compliance meet the requirements of the European Union’s (EU) Restriction of Hazardous Substances directive. Additional standards can be found at the IHS standards store.

An Introduction to inertial navigation