Network gateways are used to interconnect networks, including those with different communications protocols. T

hey serve as the point of entry to a network and operate at various network layers. Gateway servers are hardware devices and gateway nodes are associated with routers and switches.

The way a gateway works depends upon its type. For example, gateway servers are often equipped with multiple network interface cards (NICs) - one for incoming traffic and one for outgoing communications. At the enterprise level, gateway nodes may be routers that use headers and forwarding tables to determine where data packets are sent. The other part of these gateways, the network switch, determines the path that the packet follows. 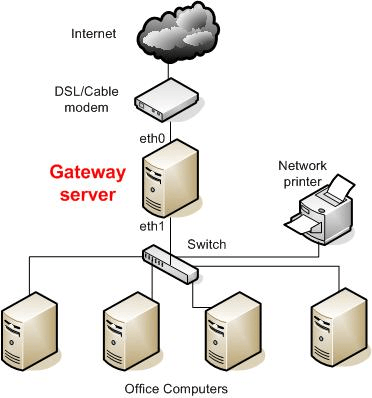 The Engineering360 SpecSearch database provides information about many different network gateways, including the following types.

Performance specifications to consider when searching for network gateways include the number and type of ports, the total number of users, and the maximum data rate.

Gateway servers are often stackable or rack-mounted for use in computer rooms. These devices may include LED indicators for monitoring purposes. Other features for gateways include integrated firewalls for security and support for tunneling, a technique where packets are transmitted across a public routed network in a private "tunnel" that simulates a point-to-point connection and allows network protocols to traverse incompatible infrastructures.