Network equipment is used to combine, split, switch, boost, or direct packets of information along a computer or telecommunications network. This product area includes hubs, switches, routers, bridges, gateways, multiplexers, transceivers and firewalls. In addition to device type, network equipment is defined by protocol (e.g., Ethernet) and port or interface type (e.g., T1). These concepts are described below.

Networking equipment interconnects devices so that data can be shared between them. The layout or topology of these connected devices describes the network's design or structure. Common topologies for computer networks include bus, ring, star, tree, and mesh. Hybrid topologies are also used.

Computer networks handle data according to protocols that are fundamental mechanisms for network communications. Network protocols specify the software attributes of data communications, including the structure of packets and the information contained therein. Depending upon the type of network, packets may be called blocks, cells, frames or segments. Network protocols may also prescribe some or all of the operational characteristics of the network hardware on which they run.

This diagram depicts a network with various types of equipment.

The Engineering 360 SpecSearch database allows industrial buyers to search for and select the following types of network equipment.

Other network devices such as wireless access points (WAP) and modular platforms are also available. 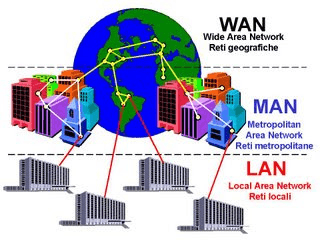 Processor type, speed, and computer memory are other important product parameters. Form factors include chips, boards or cards, and stand-alone or enclosed modules. Performance specifications include data rate and operating temperature, the number of users and concurrent connections that devices can support, and the total number of media access control (MAC) addressed that can be stored.

When selecting network equipment, buyers may need to consider whether a device is power over Ethernet (PoE) ready, or if it supports voice-over-Internet protocol (VoIP). Devices with full duplex capabilities can transmit data simultaneously in both directions, and may be stackable or rack-mountable. Product features such as alarms and LED indicators provide audible and visual notifications to network administrators.

Network equipment may be designed or suitable for particular applications. For example, hardened products are often used in telecommunications applications. Their casings provide protection from weather-related conditions and can act as a heat sink, directing high temperatures away from sensitive components.