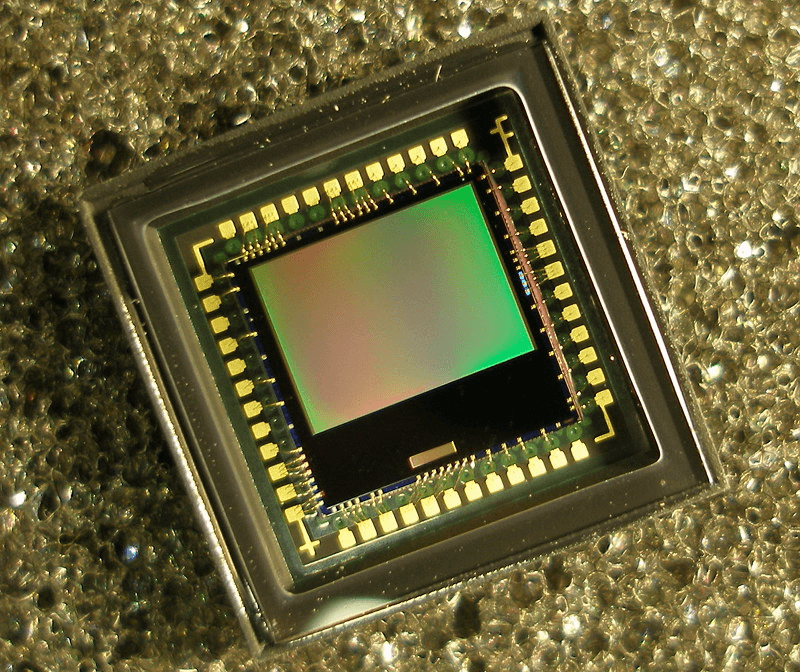 CMOS image sensors (complementary metal oxide semiconductors) operate at lower voltages than CCDs, reducing power consumption for portable applications. Each CMOS active pixel sensor cell has its own buffer amplifier and can be addressed and read individually. A commonly used cell has four transistors and a photo-sensing element. The cell has a transfer gate separating the photo sensor from a capacitive "floating diffusion," a reset gate between the floating diffusion and power supply, a source-follower transistor to buffer the floating diffusion from readout-line capacitance, and a row-select gate to connect the cell to the readout line. All pixels on a column connect to a common sense amplifier.

In addition to their lower power consumption when compared with CCDs, CMOS image sensors are generally of a much simpler design; often just a crystal and decoupling. For this reason, they are easier to design with, generally smaller, and require less support circuitry.

There are two categories of CMOS sensors, analog and digital, as defined by their manner of output.

Analog sensors feed their encoded signal in a video format, such as PAL, NTSC, etc. The signal can be fed directly to standard video equipment.

Digital CMOS image sensors provide digital output, typically via a 4/8 or 16-bit bus. The digital signal is direct, not requiring transference or conversion via a video capture card.

The video and imaging equipment and components category covers devices that either use video technology to record or display data, or read data or are powered by imaging technologies such as lasers and infrared scanners. In industrial applications, these products are used for automated inspection and measurement, quality control, image sensing; and in specific applications, reading, analyzing, and displaying data. Video and imaging equipment and components are divided into seven different families:

Video equipment includes those devices used to process or display captured video data. This family includes digital video recorders (used to transform the video data into digital output), monitors, multiplexers (to handle a number of signals at one time) and switchers (to control video camera sequence).