This diagram shows the inner workings of a typical I/O instrument: 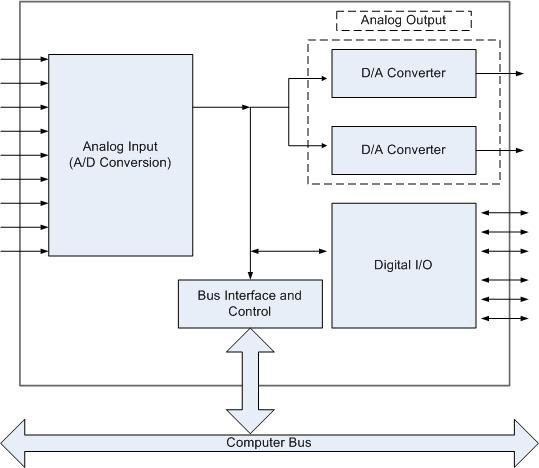 I/O modules usually include analog channels, digital channels, or a combination of both. Analog inputs can detect various signals including frequency, voltage, or current. Digital inputs and outputs are used for low-level on-off signals. I/O modules that have analog inputs and digital outputs often incorporate an analog-to-digital (A to D) converter to sufficiently process the signal.

A module's input channels may be single-ended (SE) or differential (DI). These acronyms are sometimes presented in product specifications; for example, a 16SE/8DI module has 16 single-ended and 8 differential inputs.

Single-ended inputs simply use two wires, one carrying a varying voltage and the other connected to a ground. Single-ended signaling uses less wiring than differential and is therefore cheaper to implement. However, because of the ground voltage difference between the transmitter and receiver coupled with induction over the signal wire, single-ended inputs are prone to noise interference.

Differential communication uses two complementary signals sent on two paired wires; the difference between the two signals is the meaningful signaling value. Differential inputs are immune to noise interference due to common mode rejection ratio, or CMRR. Because differential inputs react to the voltage difference between the two wires, they are appropriate for high accuracy long distance use, low-voltage (<1 V) applications, and high-resolution use. 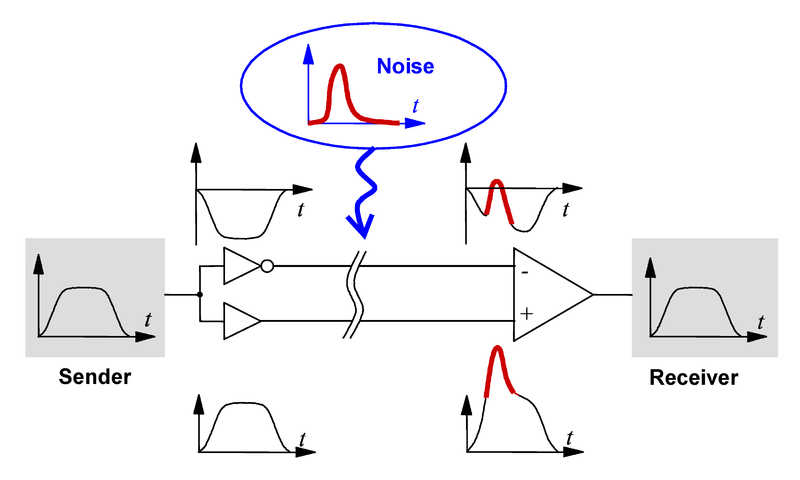 Certain sections of electrical systems may be isolated from others to prevent unwanted current or signal flow between the two. I/O modules may feature: An I/O module may interface with any number of bus protocols.

PC cards adhere to Personal Computer Memory Card International Association (PCMCIA) standards. All PC cards have the same width and length dimensions but vary in thickness. PCMIA cards use a 68-pin host socket, while PC/104 cards use a 104-pin socket.

Peripheral component interconnect (PCI) is a local bus system capable of 32 or 64 bit transfer rates at a clock speed of 33 MHz. CompactPCI buses use the same electrical standard as the PCI bus and is packaged as a Eurocard. cPCI buses are used extensively in applications requiring high-speed data transfer.

Other network types include the following.

VersaModule Eurocard bus (VMEbus) is a popular 32 bit bus based on the VME standard. VMEbus is widely used in industrial, military, and commercial applications. VMEbus uses 3U and 6U Eurocards, rugged circuit boards with durable 96-pin plugs.

IEEE 1394 (FireWire®) is a standard allowing for very fast digital data transfer such as streaming video. FireWire connectors are manufactured in a variety of sizes and are used in diverse applications such as computer peripherals, home entertainment, and appliances. FireWire is a registered trademark of the Apple Corporation.