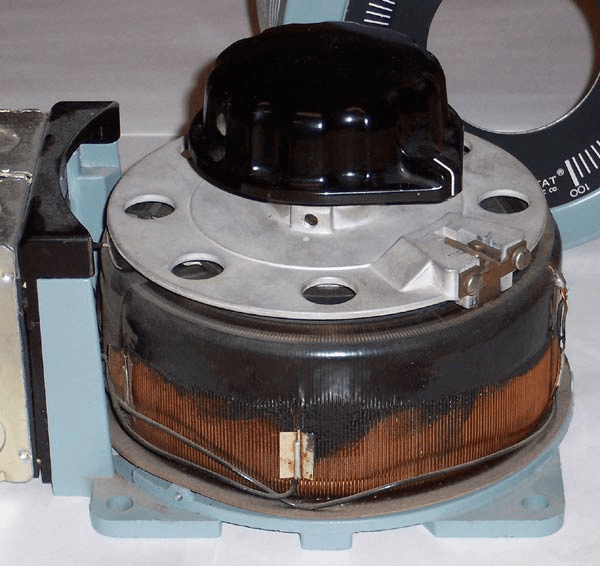 Autotransformer: typically used in low power applications to connect circuits with different voltage classes. It contains only one winding, cannot isolate circuits, and is usually smaller, lighter, and cheaper than other transformers. The voltage source and electrical load are connected to two taps, and voltages are determined by tapping the winding at different points. An autotransformer with an adjustable tap is known as a variac or variable transformer, and an example is pictured at right.

Buck-boost transformer: this type of transformer adjusts a voltage level to device specifications. They are commonly used as circuit isolators.

Constant-current transformer: also called a regulator, it has a self-adjusting secondary winding that provides a consistent output current for any load within its dynamic range. It is common for streetlight applications.

Distribution transformer: this is the oft-seen, pole-mounted transformer that steps-down current for light-duty electrical applications.

Flyback transformer: to produce a high-voltage output, the transformer stores energy in its magnetic windings for a short period of time.

Impedance matching transformer: are used to minimize signal reflection from an electrical load and often have a 1:1 turn ratio. A common example of an impedance-matching transformer would be a balun, which is used to connect two circuits of mismatched impedance, such as a balanced line of two conductors carrying equal currents in opposite directions that is connected to an unbalanced line of one conductor carrying current and a ground.

Industrial control transformer: supply power to constant-current or constant-voltage devices that may be sensitive to variations in electrical supply, such as solenoids, relays, or other electromechanical devices.

Isolation transformer: is not used to step-up or step-down voltages, but rather to buffer circuits from each other.

Leakage transformer (stray-field transformer): maintains a high leakage inductance by loosely coupling the magnetic fluxes of the primary and secondary windings. This makes the transformer short-resistant, an important characteristic of transformers for welding operations.

Medical transformer: leakage current, high potential requirements, temperature class, and current and thermal fusing are the primary concerns of medical transformers due to the sensitive environments in which they are employed. They are carefully regulated by law and industrial standards.

Multi-ratio transformer: a transformer with several outputs with each output tap corresponding to a different transformer ratio. 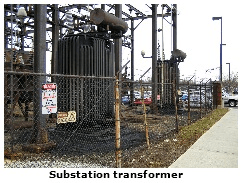 When a fault occurs, a voltage is induced in the open delta and there is a voltage drop in the connected resistor.

Power transformer: convert voltages from one level or phase to another for widespread power distribution.

Resonant transformer: a capacitor is placed across one or both windings to function so the circuit can be tuned.

Solar power transformer: the transformer can be incorporated as part of a single-phase string inverter, or as a step-up transformer to connect PV plants to a grid.

Variations in transformer design enable use for specific applications.

The ratio of primary (input) coils to secondary (output) coils determines if the voltage is increased or decreased after routing through the transformer. Some transformers have an adjustable turn ratio, while others maintain 1:1 (or near 1:1) ratio to simply isolate circuits. Other transformers utilize a single coil, and voltage is transmitted by tapping the coil at an intermediate point.

The overall size and weight of a transformer ultimately determines how it should be installed.

Chassis: integral structures enable the transformer to be installed via fasteners.

Chip: typically manufactured with thin-film technology, these transformers are incorporated into integrated circuits and are often used as isolators.

Dish/disk: toroidal core transformers can be mounted with hardware that includes a bolt through the middle of the torus.

H-frame: a mounting style that mitigates the effects of vibration and shock.

Modular jack: typically a modular connecter with a built-in transformer.

Pad: the transformer is installed upon a structural foundation, such as substation transformers that are affixed to a concrete pad.

PC/PCB: also known as board-mount transformers, these transformers transfer voltage between two circuits for circuit board applications. They consists of windings, core, casing, a mounting method (through-hole or surface mount), and connection terminals. Some PCB transformers are ICs made via semiconductor processing.

The accompanying parameters are important when considering single-phase transformers.

Flameproof: the transformer has enhanced fire resistance, which is useful in potentially-reactive environments such as mines.

NEMA enclosure: the transformer casing or container conforms to a NEMA rating, a standard regarding ingress protection for various industrial and environmental contaminants.

Waterproof: transformer has a sealed case to prevent water intrusion.

Submersible: transformer can be submerged.

Tamperproof: the transformer cabinet retains a lock or other vandal-resistant mechanism.

Transformer design and applications are meticulously standardized. Many guidelines exist regarding single-phase transformer applications and manufacture. Prominent standards include: