Computers are digital devices used to process, store, and display information.  Computers can be considered programmable machines. Throughout modern history, the term "computer" has generally referred to a mechanical or digital device which is able to respond to and execute a specific series of instructions, known as a program. Modern computers are digital electronic devices and consist of two broad groups of components: hardware and software.

Computer hardware refers to the physical wires, transistors, and circuits which facilitate processing of software code.

Depending on the machine's form factor, these components have the capability of appearing radically different. For example, a touchscreen tablet computer's input and output components are combined into one multipurpose display, while a desktop personal computer (PC) has discrete input, output, and processing units (a keyboard/mouse, monitor, and system unit or "tower," respectively). 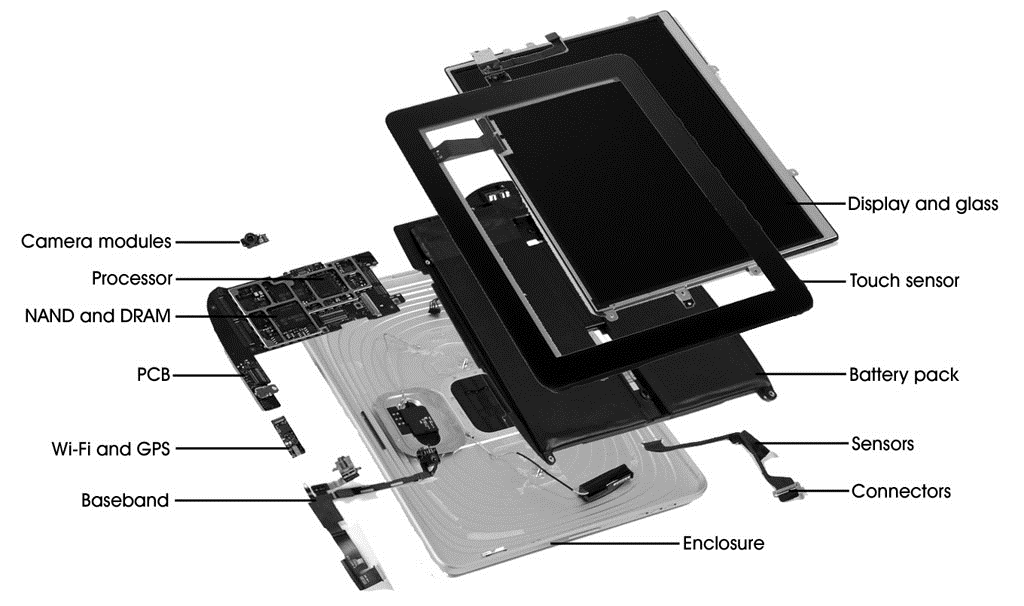 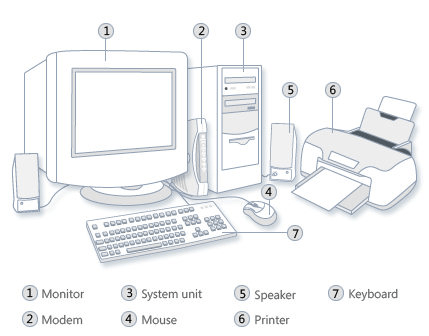 A deconstructed tablet computer; the identical (yet different) components of a desktop PC.

The central processing unit (CPU) is the core of the modern computer and is responsible for executing stored instructions. CPUs are sometimes called processors or microprocessors. A computer may contain more than one CPU, in which case it is referred to as capable of multiprocessing.

CPUs consist of two important parts: the arithmetic logic unit (ALU) and a control unit (CU); they may also contain registers. The CPU's components are linked to other areas of the computer via electrical buses.

The diagram below shows an oversimplified view of the components and operation of a CPU. Note that the memory unit almost always exists outside of the CPU, but is linked to it via the control unit. All of the components of this image are described in more detail below.

A computer's memory stores data, whether temporarily or semi-permanently. Computer memory is comprised of semiconductor integrated circuits (IC) which store binary data in tiny memory cell transistors. Each memory cell is able to store a single bit (a single binary digit). Each cell may be read or written by the control unit.

All computers contain one or more input devices, which include alphanumeric keyboards, pointing devices (such as mice or touchpads), and microphones. Input components are responsible for the flow of data, information, and instructions into a computer's processor.

Output components display processed data and other information to the operator. These devices include video monitors and screens as well as printers.

The term "software" refers to a set of readable instructions which directs a computer's processor to perform predefined operations. Because the processing unit can only understand and interpret binary code, a human-understandable source code — written in a programming language — acts as an intermediary between a human operator and the processor.

Software as a broad term encompasses all non-physical ("non-touchable") components. This definition includes:

While the examination of hardware and software alone gives the illusion that computers are simple devices, modern computers perform billions of binary operations per second and are capable of extremely complex processing. While small embedded computers are sometimes used only to perform basic mathematical calculations (as in a handheld calculator), multiprocessor machines have been used throughout the 20th and 21st century to perform complex tasks. As of 2012, single semiconductor processors are capable of executing well over 100 billion instructions per second (IPS).

Since the inception of the modern personal computer, both microprocessor speeds and the number of transistors per integrated circuit have increased exponentially. In accordance with Moore's Law, an observation stated in 1965, these two specification values have roughly doubled every two years, as shown in the graph below. This rapid development has largely defined technological and social change during the "Information Age" of the late 20th and early 21st centuries.

More information on processor speed can be found in the "Speed" section below. 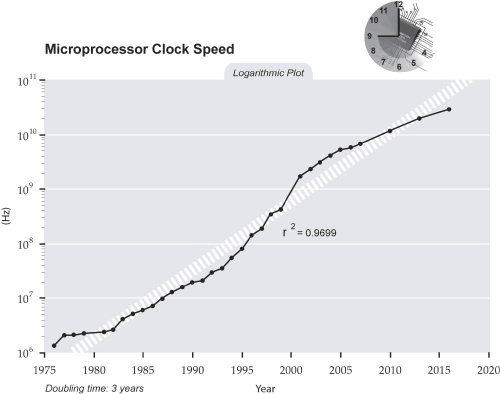 Computers are ubiquitous in modern society. They are found in applications ranging from "smart" toys and telephones to mission-critical military systems and spacecraft.

Industrial computers can be used for an equally diverse range of applications, depending upon the machine's processing power and the software it runs. Examples include:

The image below shows a screenshot of a welding software program, an example of an industrial computing application. Engineers can use this tool to calculate part dimensions, select recommended consumables, and plan processes. 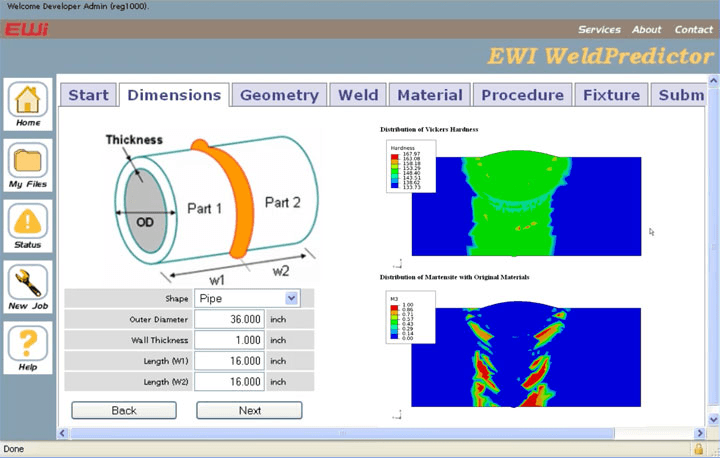 Computers are generally classified by their form factor, which, as described above, can be radically different depending on the size and construction of the machine's individual components. Common types are listed in the table below.

Computer memory is rated using the storage capacity in bits. Modern computers are specified in bytes, each of which consists of 8 bits.

RAM is a type of primary memory which can be directly accessed by the CPU. A computer's RAM capacity is significantly less than its ROM capacity (under 1 gigabyte [GB]) but is faster and easier to access. Machines with higher RAM capacities often operate faster than those with smaller ones.

Processor speed, often referred to as clock rate, is measured in Hertz. Clock speed can generally be used to determine the machine's operating speed, although it is most helpful when comparing CPUs with similar architectures. For example, an Intel 486 CPU running at 1 GHz will run roughly twice as fast as a 486 rated to 500 MHz, but comparing the former machine to a 500 MHz processor with a different architecture will not result in a 2:1 speed ratio. This is due to the fact that overall speed is also determined by the computer's memory capability and structure.

Computers, especially those used for military and industrial applications, may be manufactured, programmed, and used according to various published standards. Example standards include: