Diode lasers (or laser diodes) are semiconductor lasers which use electrical power as an energy source and doped p-n junctions as a gain medium.

As discussed in the Lasers Selection Guide, all lasers consist of three components: an energy source (or pump), a gain medium, and an optical resonator; these components are shown in the diagram below. In simplistic terms, the pump provides energy which is amplified by the gain medium. This energy is eventually converted into light and is reflected through the optical resonator which then emits the final output beam.

Diode lasers achieve amplification by pumping an electric current (or occasionally another light source) across a p-n junction, also known as a diode. P-n junctions are created by doping impurities onto a semiconductor material to form a region with p-type conductors (which carry current due to the absence of electrons in the material) and n-type ones (which carry current due to excess electrons). The depletion layer — the region between p- and n-type materials — takes on interesting electrical properties which make it useful in many different semiconductor applications.

In the case of diode lasers, special p-n junctions are used to introduce optical gain to the semiconductor, effectively establishing the semiconductor as the gain medium. The image below shows a deconstructed diode laser. Note the presence of the bonding wire (the medium for pumping electric current), the diode (gain medium), and the optical window (the optical resonator). 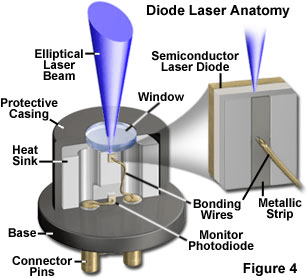 Diode lasers are typically edge-emitting light sources, meaning that the beam is output from the edge of the semiconductor chip.  Based on this fact, diode lasers have several desirable attributes:

While the above advantages make diode lasers suitable for many different applications, the devices also have inherent disadvantages as well. Diode lasers are typically suitable only for uses requiring relatively divergent beams with shorter coherent distances. Also, as electrical devices, they are prone to static interference and gradual loss of efficiency over time.

Diode lasers represent the vast majority of the laser market due to their small size, low cost of mass production, and wide range of applications. Common uses are listed below, with approximate wavelengths appended in parentheses.

When selecting diode lasers, it is important to understand the difference between a basic laser diode and a laser diode module.

A laser diode is a device identical to the image above: it is a self-contained laser device meant to be integrated into an existing electronic or optical system. A diode laser module, on the other hand, includes not only the diode itself but also complementary optics and electrical systems. 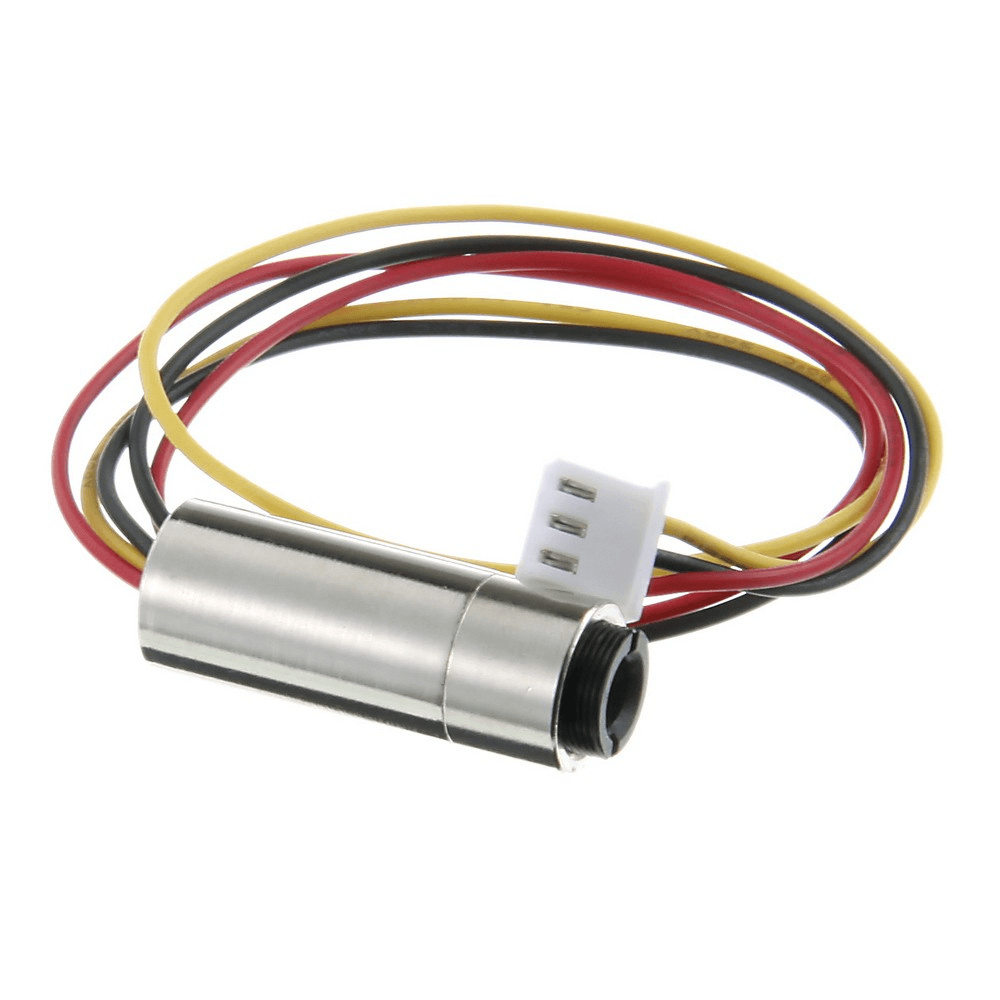 Like all lasers, a diode laser's wavelength determines the color of the output beam and is itself determined by the characteristics of the laser's gain medium. Wavelength is specified by the manufacturer and may fall within several ranges:

Lasers may also be specified as tunable, meaning that they include a means to adjust the wavelength of their output beam. 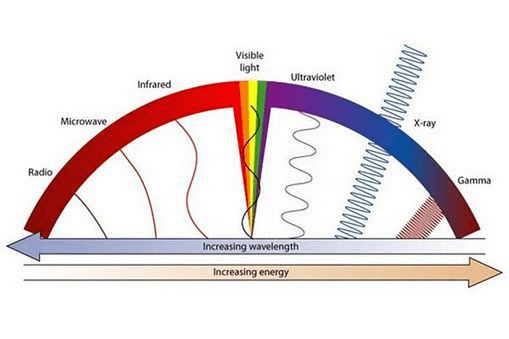 The electromagnetic spectrum, showing the relative positions of the infrared, visible, and ultraviolet ranges.

The manufacture, testing, and application of laser diodes may be governed by certain regional and international standards. Examples of these standards are listed below.