Calibration instruments use electrical signals or physical quantities to calibrate sensors and meters.

Calibrators can be broadly classified based on their function, and further classified by the type of instrument they

Precision measuring calibrators can test or compare the output of an instrument, sensor, or element to a known standard or reference.

AC Voltage - Devices produce AC voltages that can be used to calibrate AC voltage sources or other sensors or instruments.

Signal and waveform generators are designed to produce a sine wave, square wave, triangular wave, or other predefined waveform.

Sine wave is the best waveform, as it is the shape of an (ideal) AC electrical signal from the wall. The highest-quality inverters produce a true sine wave output, which requires fairly expensive components in the inverter. True sine wave outputs are normally found only in higher-end models.

Triangular wave is sometimes referred to as a saw tooth wave for its approximation to a saw blade. 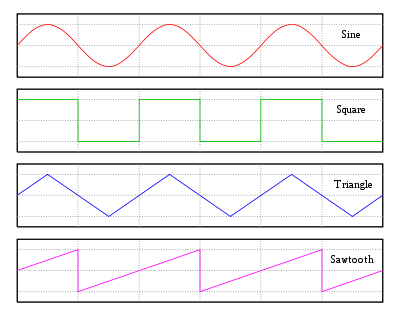 Most manufacturers specify calibration instruments with a range of signal values that includes minimum and maximum amounts.

There are several form factors for calibration instruments.

Devices that produce physical quantities are often traceable to standards from the National Institute of Standards and Technology (NIST), Physikalisch-Technische of Bundesanstalt (PTP), National Measurement Accreditation Services of the U.K. (NAMAS), or Bureau Nationale Metrologie of France (BNM). Regulated standards are especially important because calibration readings must be consistent and accurately comparable to readings from other institutions or laboratories.