Electrical tapes operate differently depending upon the materials of construction. Essentially, a type of adhesive is applied to a carrier or backing that provides electrical insulation. Some tapes may by self-adhering, meaning no tacky adhesive is used but the tape sticks to itself by the use of a high-friction carrier. Electrical tape owes its versatility to its good tensile strength, UV-resistance, lack of residue upon removal, and that it can be easily torn by hand.

For most jobs, diagonal, half-lapping of the tape is considered the optimal application method. This consists of overlaying each turn of the tape by half of its width, as represented below. The final turn should have reduced tension.

Cable and electrical tape manufacturers can use whatever permutation of carrier and adhesive they desire for the marketplace they serve. 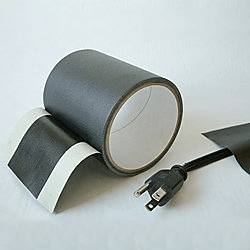 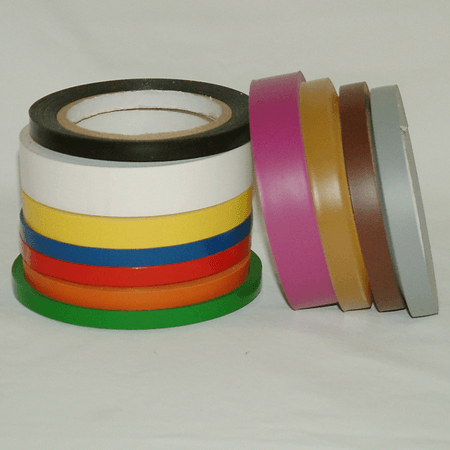 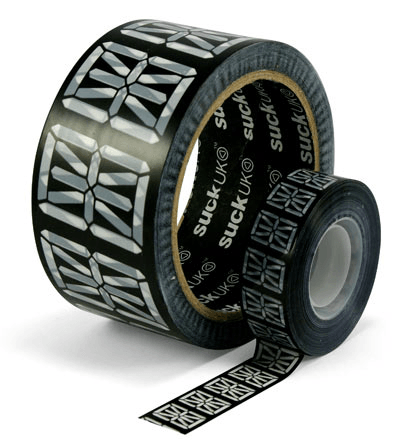 Due to the ease of manufacture and versatility for electrical tape, manufacturers may elect to produce tapes in color series or patterns. This type of electrical tape is called phasing tape. Other types may have spaces for marking letters or numbers. This will help users determine adjacent cables that supply separate sources, or for an aesthetic appeal. Common colors and designs include blue, brown, green, grey, orange, red, purple, rainbow, striped, poke-a-dot, and camouflage.

The following chart provides a common--but not universal--means of marking lines by color:

There are only two important geometrical aspects to consider, width and thickness. Length is unimportant because this is determined by the user at the point of application. 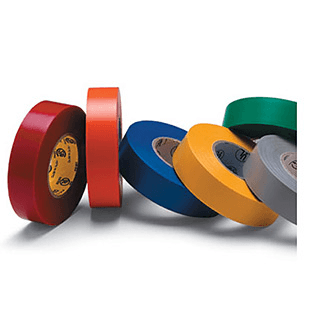 The following performance attributes are common in certain tape configurations.

Abrasion Resistance - Cable or electrical tapes may feature increased thicknesses or proprietary properties to prevent damage to the wires.

Permanent/Removable - Once applied, some tapes may become permanently bonded to the substrate. Tapes that are designed to be removable generally do not damage equipment, but may leave adhesive residue. Removable tapes are typically meant for one-time use.

Protective Tape - Cable and electrical tapes particularly are used to form a protective layer on the wire or cable, and to provide protection against wear, corrosion, dust, water, electrical discharges, oil or grease, and other environmental conditions.

Safety/Flagging - Safety film and tape products are used for flagging or as barricade tape. Reflective tapes are often used in safety applications. Multi-colored tapes can be used to differentiate similar wires.

Thermal Insulation - Thermally insulating tapes provide electrical wire with insulation from heat. This is ideal for wiring near engines or furnaces.

Transparency - Transparent products allow the transmission of light. A tape is rated as transparent if 10-point type can be read easily when the tape is applied directly over it.

Cable and electrical tapes are most commonly found on electrical wires and devices to enclose, insulate, or mark components. It can also be used to adhere mechanisms and heat sinks to circuit boards. Electrical tape is excellent for masking electronic devices during plating, soldering, cleaning, or etching. It can be used to assemble solar cell module parts and also for temporary wafer bonding. Integrated circuit packaging may utilize cable tapes, as might the inner wraps on motor and transformer windings and the overwrap on motor rewinds.

Electrical tape is commonly used as a stand-in for duct tape because of its similar properties. 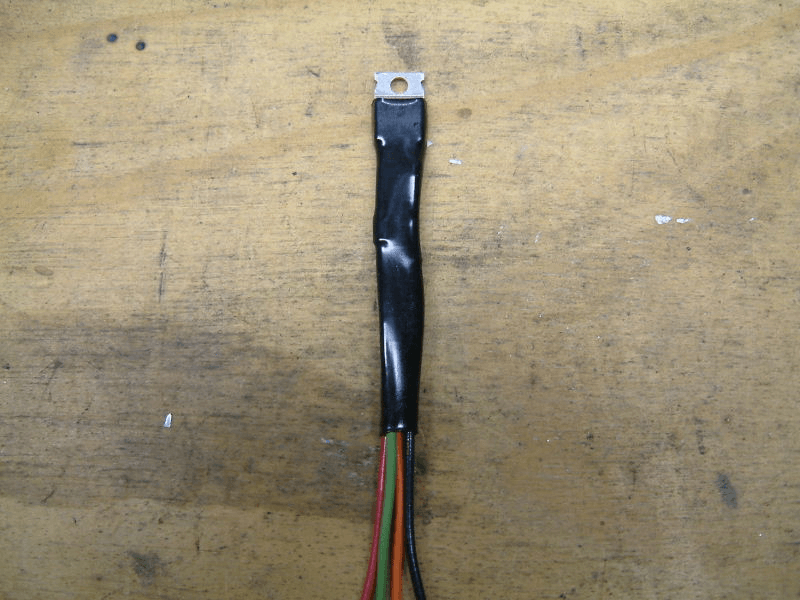 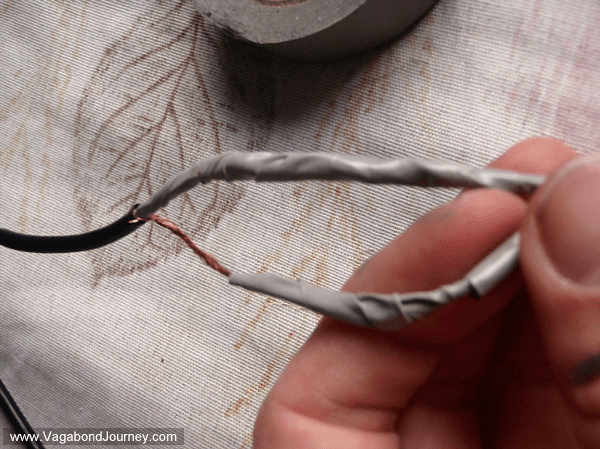 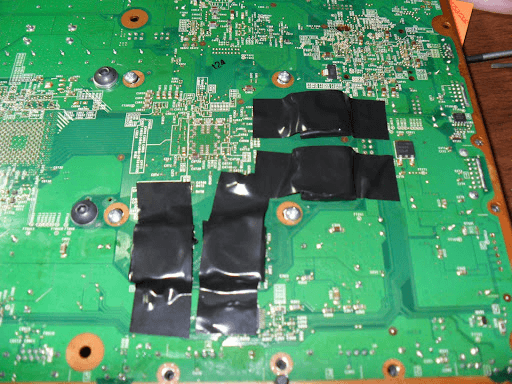