Plug valves, also called cock or stop-cock valves or quarter-turn valves, date back to ancient times, where they were developed for use in citywide Roman plumbing systems. Today, they remain one of the most widely used valves for both on/off and throttling services. 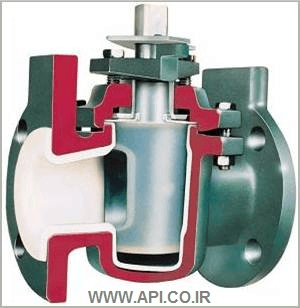 Plug valve design is fairly simple; the body is comprised of three main parts: body, cover, and plug. The body usually does not include a bonnet. The plug is a cylindrical, tapered, or generally cone-shaped device that can be raised or lowered within the seat to maintain, restrict, or
completely shut off flow.

Plug valves are simple and economical. The ports are typically at the opposite ends of the body and therefore require a quarter turn to open and close the system. The plug itself is the only element that is capable of movement.

There are several specifications to consider when selecting a plug valve. For more information on valves, including different types of actuation and flow coefficient, please see Industrial Valves Information.

Plug valves connect into a variety of systems. The connection used depends on the pressure and temperature of the working fluid as well as the frequency of the pipeline will be dismantled (valve removed from the line). Types of connections include:

Early models of plug valves used metal-to-metal seals that were nonlubricated. This design is still used, but problems with galling and sticking limit their usefulness. The use of lubricant between the plug face and the seat eliminates most of these problems. The lubricant helps to control leakage around the plug, reduces wear between the valve contact surfaces, and slightly lifts the plug to reduce the operating torque required to operate the valve.

Nonlubricated-plug valves may use a tapered plug with a mechanical lifting device that unseats the plug before it is turned to reduce the operating torque required. Or it may have an elastomeric sleeve or plug coating with a low coefficient of rubbing friction.

Plug valves are extremely versatile valves that are found widely in low-pressure sanitary and industrial applications, especially petroleum pipelines, chemical processing and related fields, and power plants. They are high capacity valves that can be used for directional flow control, even in moderate vacuum systems. They can safely and efficiently handle gas and liquid fuel, and extreme temperature flow, such as boiler feed water, condensate, and similar media. Plug valves can also be used to regulate the flow of liquids containing suspended solids (slurries).