A bolt is a type of threaded hardware fastener that is used to position two workpieces in specific relation to each other. Bolts come in several configurations for their application and specification variances.

Since the terms "bolt" and "screw" were in use before the advent of easily-produced helix fasteners, they are often synonymous. However, several standards bodies have attempted to differentiate the terms, with many concluding that it is not the devices which are different, but how they are used. As provided by Machinery's Handbook and ASME B18.2.1, bolts are externally threaded fasteners that are prevented from being turned during assembly, but are positioned or released by torqueing a nut. Screws are externally threaded fasteners that can be inserted into pretapped holes or can perforate a material and create their own internal threads. Screws are fastened by torque applied to the head. This definition is still somewhat ambiguous and is not all-encompassing, but does provide a basis to begin differentiation. 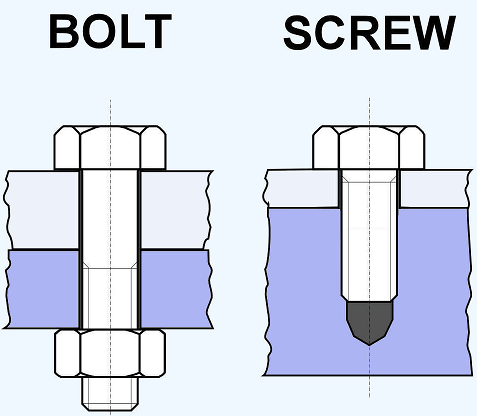 The components that form a bolt can be identified in three sections. The head is the part of the bolt with the largest diameter, which provides a mount for tools to either apply or resist torque. It also provides part of the bearing surface for substrates being bolted. The shank of the bolt is the longest part of the bolt and has external, helical threads on its circumference. This piece is responsible for the alignment of the workpieces. Finally, the end opposite of the head is known as the chamfer, which provides a slightly beveled edge to aid the bolt's insertion into holes and nuts. 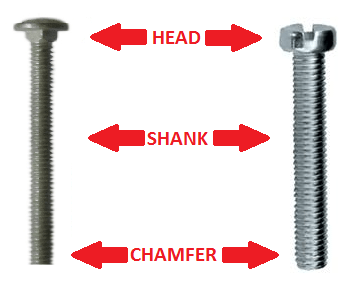 Successful bolt implementation almost always requires a nut to retain components on the bolt's axis. Nuts are applied via torque while the bolt itself is held in place, or vice versa. Nut position and bolt employment are dependent upon the same physical principles: the friction of the bolt and nut threads against one another, which is comprised of a slight stretch of the bolt from the compression resistance of the components being fastened, and a slight elastic deformation of the parts held together. 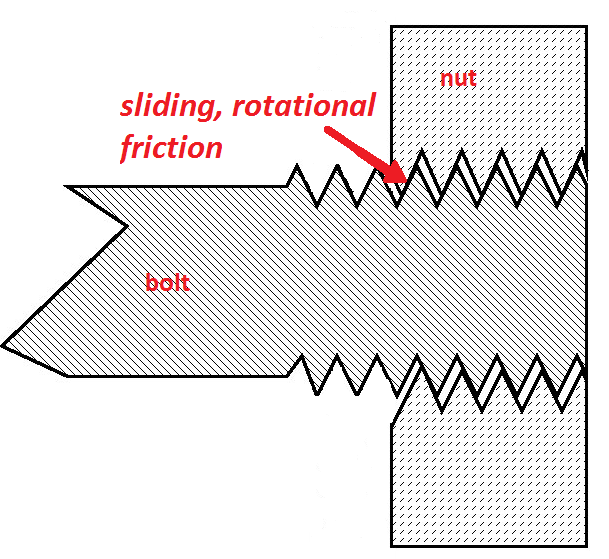 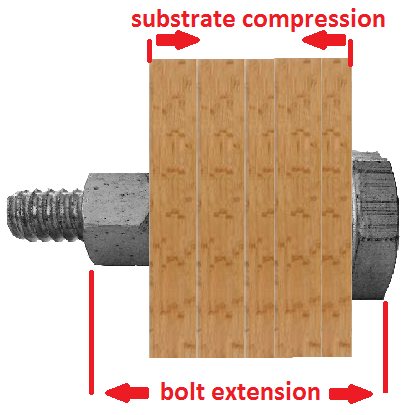 Nuts may loosen with vibration or dynamic loads, in which case locknuts, lock washers, or thread locker can provide jostle-resistant or permanent nut placement.

The dimensions of a bolt can be expressed in metric or imperial units, both of which are better explained in the Bolt Standards section of this selection guide. 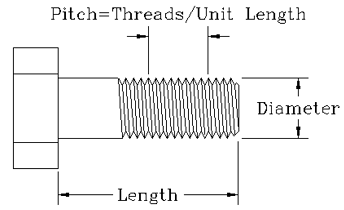 Bolts are regularly marked to indicate their strength, which is dependent on the material and dimensions of the bolt.

Finishes applied to the base metal of the bolt enhance the durability and corrosion resistance of the material.

Manufacturers produce bolts in both imperial and metric units, and due to their explicit correspondence with nuts and pretapped holes, the units cannot be mixed. Furthermore, screws are produced with fine or coarse threads, which are a designation of the screw's thread pitch--not the quality of the product. Coarse-thread bolts are less susceptible to galling, thread crossing, and seizing, while fine-thread bolts are less likely to loosen from jostling, and are more easily tapped and adjusted.

For imperial sizes, bolt producers will provide a designated number or fractional inch for the dimension of the screw. North American countries follow this system, called the Unified Thread Standard. Also included will be a "threads per inch" (TPI) count which will indicate a course or fine thread. 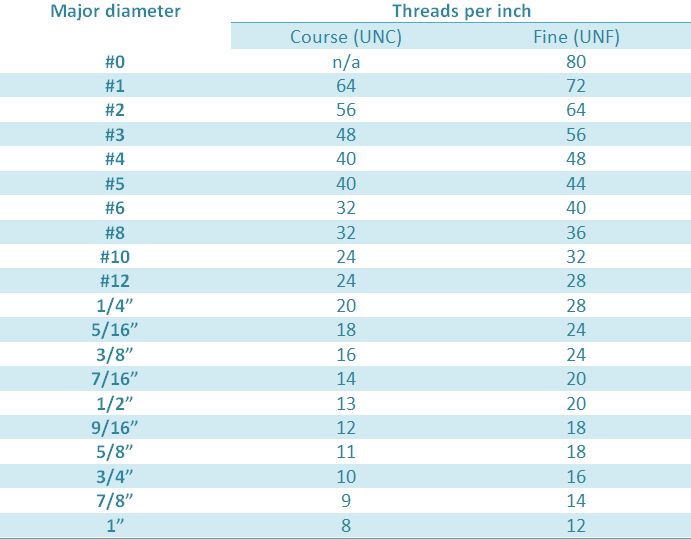 ISO, JIS, and DIN standards are based upon the metric system and are closely related (ISO guideline 261). Most hardware measured in metric units is subject to Society of Automotive Engineers (SAE) edict as well. These standards are common in the majority of the world, and speculation exists that this may become a global hardware standard. The threads on metric bolts can be available in both fine and course pitch configurations. 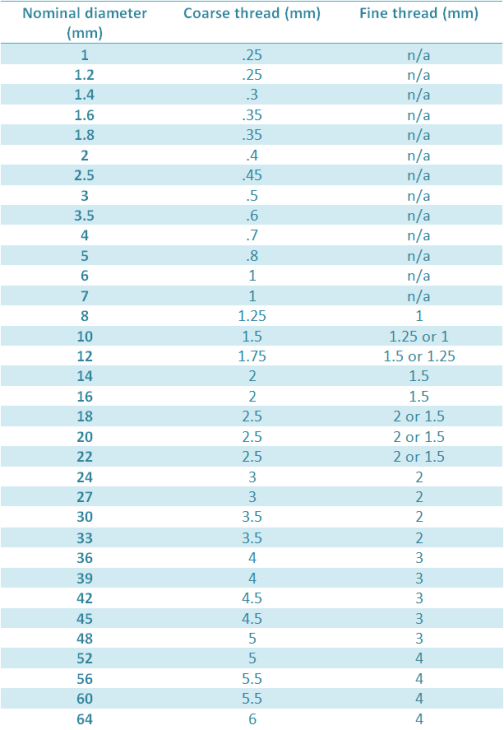 Keeping It All Together - How a Bolt Works