Schottky diodes are also known as Schottky barrier diodes or hot-carrier diodes. They consist of a junction between a metal layer and a semiconductor element. The metal layer, a cathode, is heavily occupied with conduction-band electrons. The semiconductor element, an anode, is a lightly doped N-type semiconductor. When forward-biased, the higher-energy electrons in the N region are injected into the metal region, allowing the junction to operate in the ON state. Schottky diodes achieve high switching speeds as they give up their excess energy very rapidly as they fluctuate between ON and OFF states. 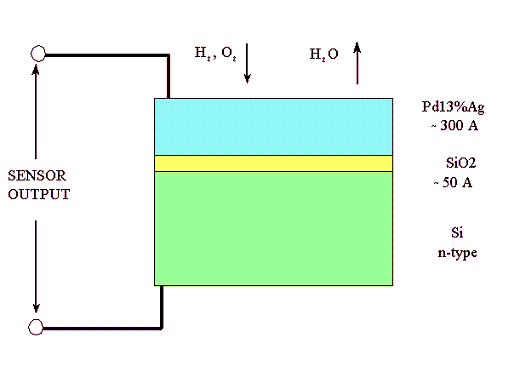 *The primary difference between a Schottky diode and a traditional PN Junction diode is the use of a metal rather than a P-type semiconductor anode.

The forward voltage (Vf) of the diode is the rated potential difference between the anode and cathode when the anode is positively charged and electrons are migrating through the barrier. Schottky diodes operate at lower voltages and generate less heat while in use.

Reverse recovery time (trr) is the time taken for the reverse current (Ir) to reach a specified level when the reverse voltage is applied while the device is conducting in the forward direction. Schottky diodes exhibit a very rapid change in response to bias as they do not experience a reverse current since they have no recovery period. The free electrons mobilize only when a forward voltage is present and the time elapsed when the diode switches from conducting to non-conducting states is almost instantaneous.

Schottky diodes are capable of achieving high switching speeds because of two basic principles. First there is no reverse recovery time and the diode readily switches from conducting to non-conducting state as the voltage potential alternates. Secondly, the voltage drop across the junction is much lower than that of convention PN juncti 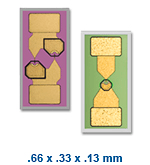 on diodes. This increases efficiency and switching speed as the potential differential between on and off states is less.

One downfall of Schottky diodes is the low reverse voltage ratings. The thin barrier at the junction will allow reverse current to propagate when there is a less significant reverse bias than with other conventional diodes.

Schottky diodes are mainly used in applications that require fast response to changes in operation. Some of the applications include